MYTHS AND LEGENDS OF THE AMALFI COAST

A fantastic journey to discover the myths and the legends of the Amalfi Coast handed down through generations.

The Amalfi Coast plays a starring role in all these tales related to the sea and to the land of these picturesque small towns that have preserved their charm over the years. So, today I will tell you some of the most engaging stories that even today echo around these places. I am sure they will enchant you!

I Due Fratelli  ( The Two Brothers ) - Vietri sul Mare

The Janare of Praiano and Conca dei Marini

The legend of Janare, mysterious and fascinating creatures that look like women, is one of the most intriguing stories of the Amalfi Coast. According to the legend, in the past, these fantastic creatures were visible between the small towns of Praiano and Conca dei Marini, especially populated by sailors who used to stay at sea for long periods. In fact the Janare, from a human point of view, represent the loneliness of these women who harbored a feeling of melancholy and frustration due to the absence of their husbands.
But, who were these mysterious creatures? In the collective imagination, the Janare used to meet on the olive trees wearing long white nightshirts and used to wait for the fishermen's return from the night fishing to lure them. So, once they spotted the boats, they caught their attention with songs and sweet words. These meetings, planned in order to fulfill their loneliness, were only fleeting, and the fishermen ended up becoming their sacrificial victims.
The link between this legend and the territory is so strong that one of the 8 Naturarte itineraries in Praiano is dedicated to these fantastic creatures. 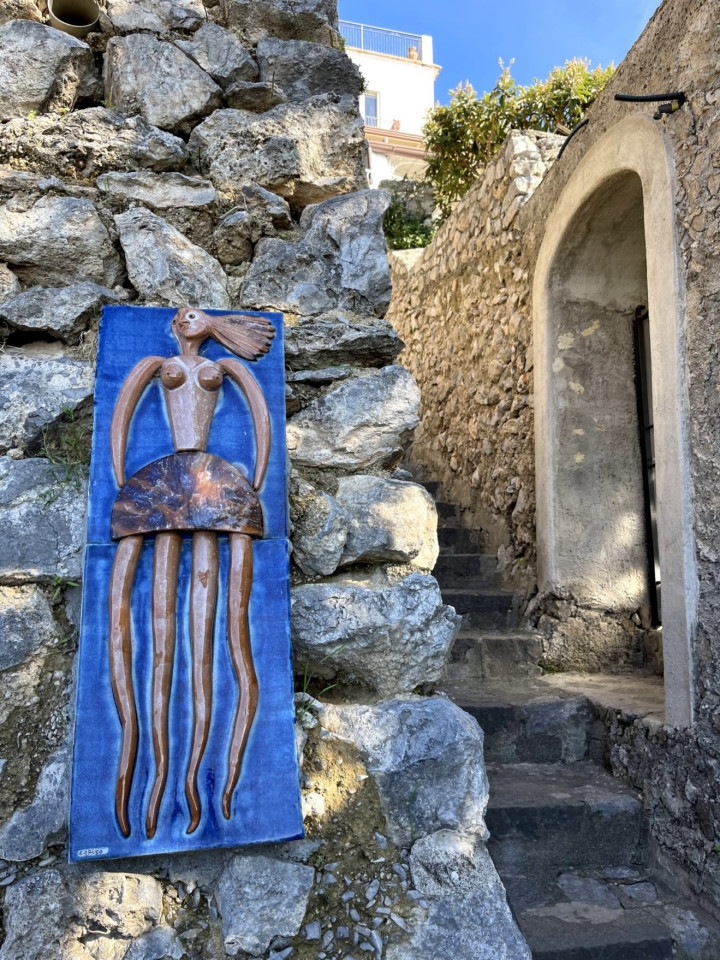 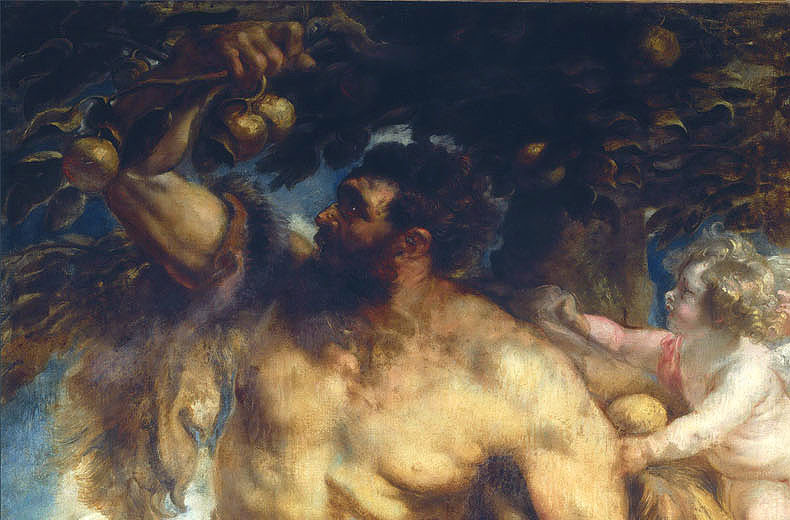 Rubens, 1638, Hercules in the Garden of the Hesperides - Detail

The miracle of the milk from Pogerola, a small town in Amalfi

According to the legend, the miracle of the milk took place in Pogerola, a small town of Amalfi. Here, the wooden bust of the Virgin, dating back to 1400, and kept in the Church of  Madonna delle Grazie, has a particularity: the Virgin's breast has a grey small stone on which it is said that a drop of milk had fallen while the Virgin Mary was breastfeeding Jesus during their flight into Egypt.
The legend tells that at 2 PM, on August 14, at the end of 1500, the bells began to ring in celebration and the parish priest and his community, once reached the church, realized that a large amount of milk came out of the Virgin’s breast.
From that moment on, every year on August 14, a celebration in memory of this miraculous event takes place. 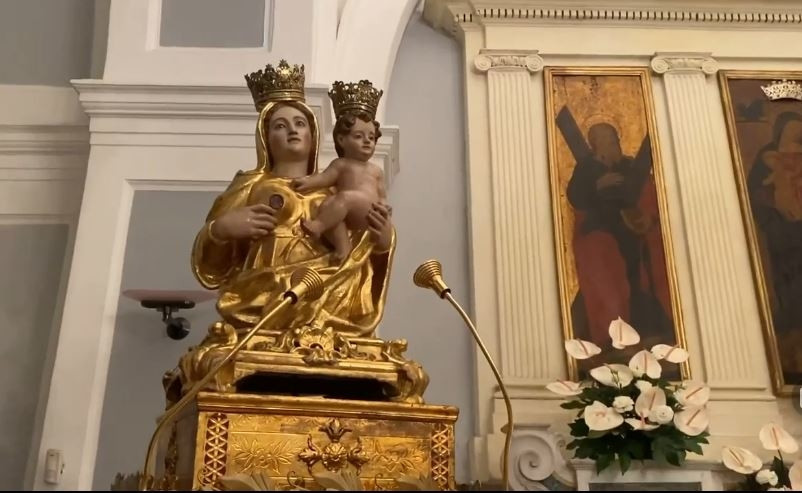 The miracle of Sant'Andrea, Amalfi

According to the legend, in 1544 the Saracen pirate Barbarossa gave orders to attack the city of Amalfi to raid and destroy it. Some inhabitants, considering the difficult situation, decided to go to the tomb of Sant'Andrea to implore a miracle. Suddenly, a storm broke out and the ships of the pirates move away from the coast. Therefore, Amalfi was saved by the intercession of the Saint who, every year on June 27, is celebrated with the usual festival in his honor, which is added to the one of November 30, celebrated in the Catholic Church. 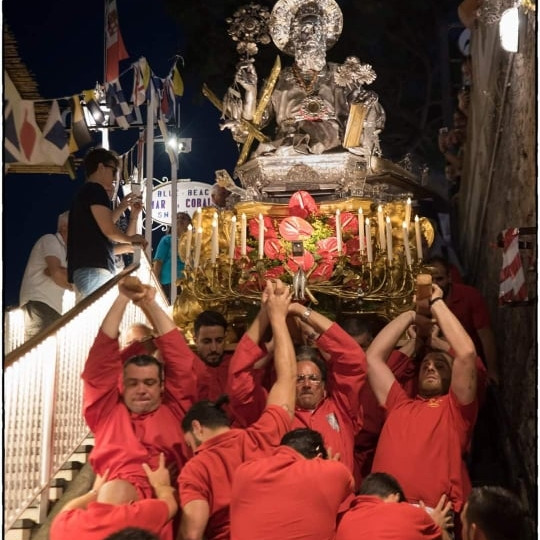 The "Due fratelli" of Vietri sul Mare

The two rocks, known as the "Due Fratelli",  in English, “Two brothers”, are the symbol of the town of Vietri sul Mare. They are famous for two legends: the first is a romantic one, while the second is epic.

The first romantic legend tells the story of two young shepherd brothers who saw a beautiful young girl swimming close to the beach of Vietri sul Mare. So, since a storm broke out suddenly and the sea become rough, the two young brothers plunged into the water to save her life but unfortunately, they drowned. That young girl, instead, being the Poseidon’s daughter, remained uninjured. Then, it was Poseidon who paid homage to these two guys and their flock by turning them into the rocks that are still visible today.

The epic legend tells us this story: when the Saracen pirates tried to conquer the city of Salerno, the two most valid knights were chosen to fight the last clash: the Count Umfredo dei Landolfi who represented Salerno and the Prince Rajan who represented the Saracens. These two knights, exhausted by the battle, found in these two rocks a handhold where to rest. Unfortunately, they drowned due to the high tide but just before their death, they barely had the time to notice that they had the same coat of arms. In other words, they were actually blood brothers. 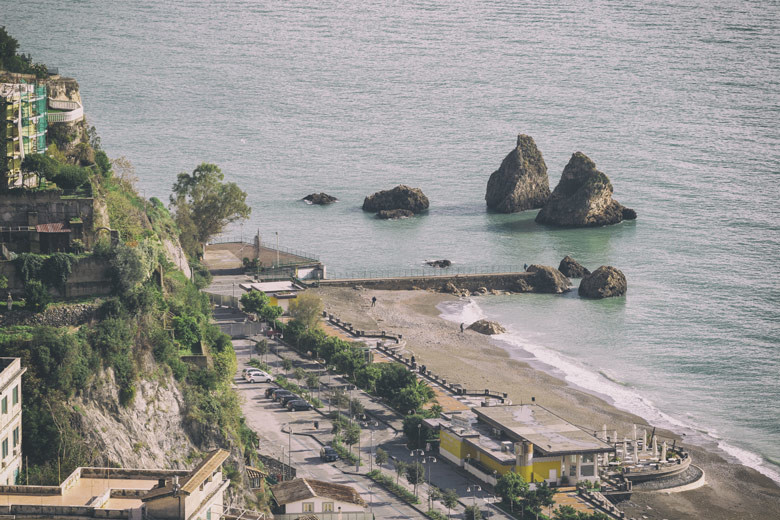 The two rocks known as the "Due Fratelli" - Vietri sul Mare 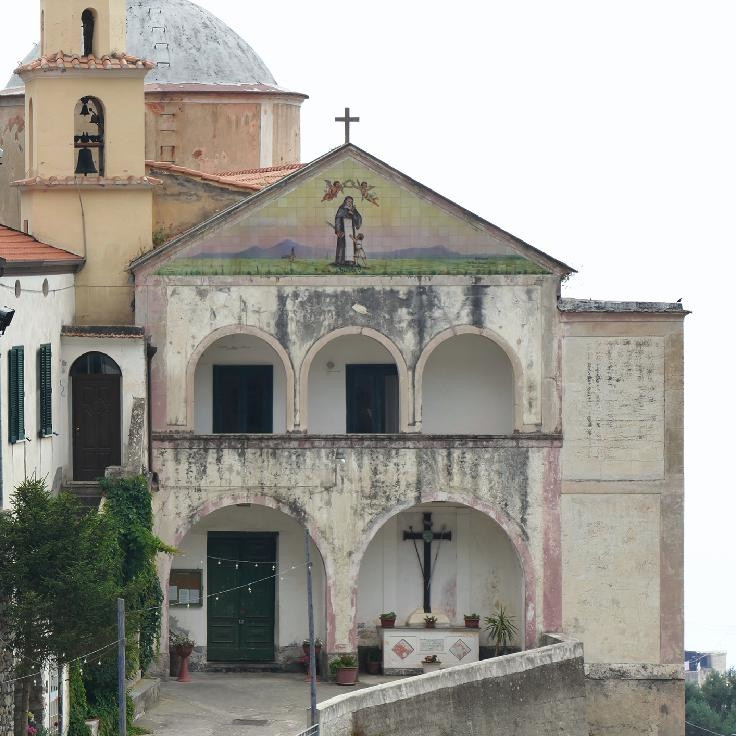 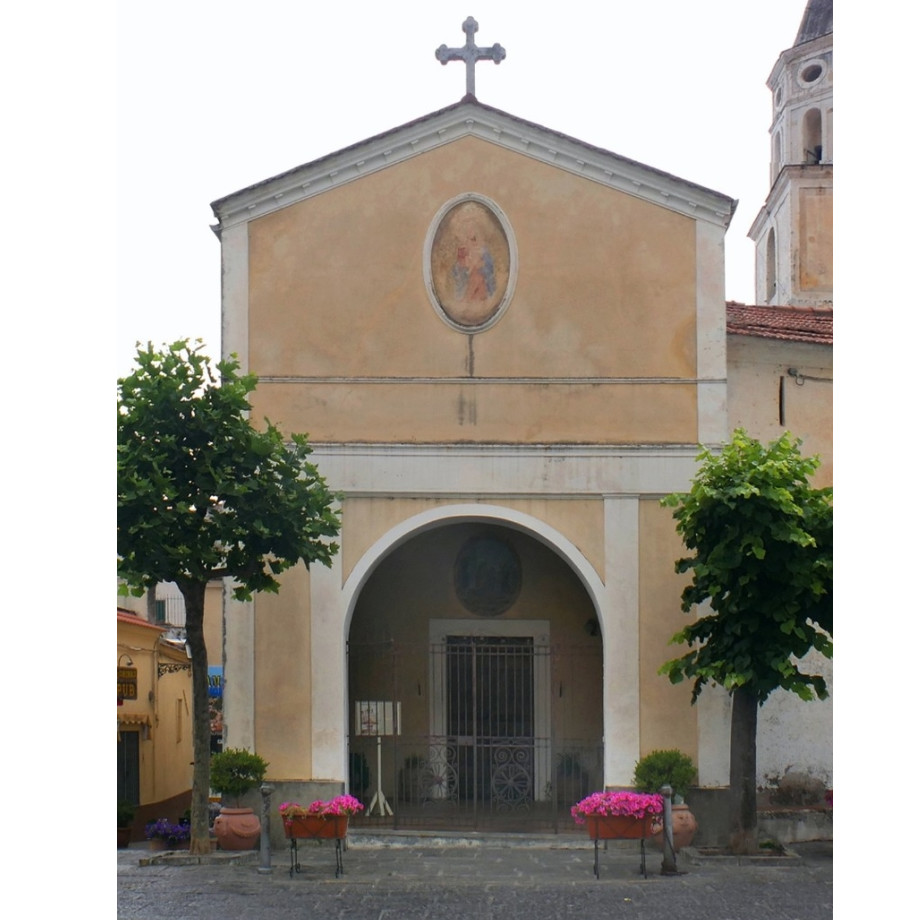 The legend of Li Galli, the archipelago of Positano

Li Galli is an archipelago that has always been considered the place where the mermaids dwelt. These fantastic creatures are far from the fairy-tale image of the mermaid, half-woman and half-fish, to which we are accustomed today. Instead, they are represented in the Greek iconography with the body of half woman and half bird, remembering the image of the roosters, from which the name of the archipelago comes from. According to the legend, the only ones who managed to survive these creatures were Ulysses and Orpheus with the Argonauts. It is indeed said that Orpheus humbled them with the sound of his lyre which uttered an even more melodious sound than the one used by the mermaids to attract the sailors. Therefore, feeling humiliated, the mermaids plunged into the sea and turned into rocks. 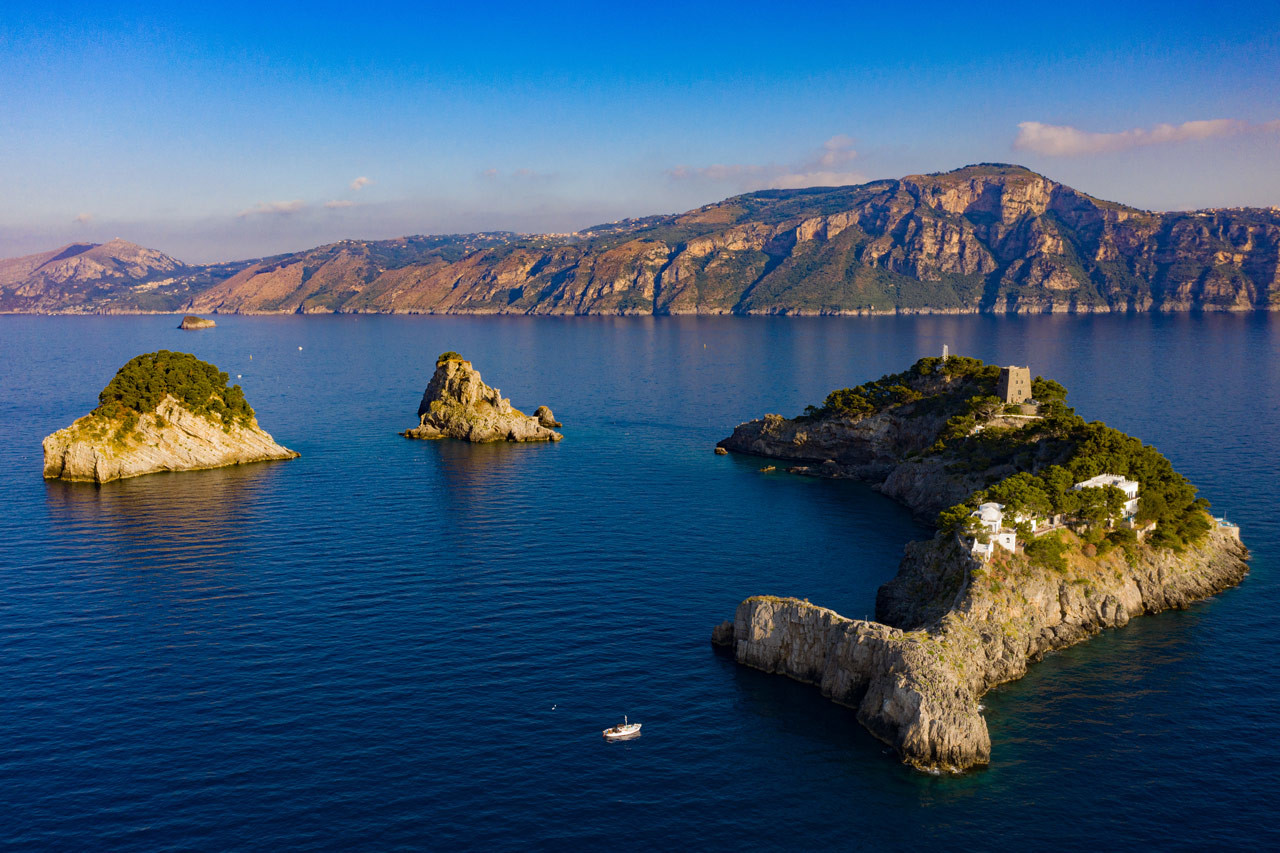 The legend of San Pantaleone

Saint Pantaleone, born in Nicomedia, in present-day Turkey, in the III century, is the patron saint of Ravello, the city where every year on July 27 the miracle of the liquefaction of his blood is celebrated. According to the legend, the ampoule that is still kept in the Cathedral of the city of Ravello arrived on board from Constantinople between the IX and XI centuries.
The sailors, suddenly caught in a storm close to Marmorata, a small town of Ravello, interpreted that event as the intent of the relic to remain there. Then, they handed it over to some priests who took it to the Cathedral where it is still venerated. 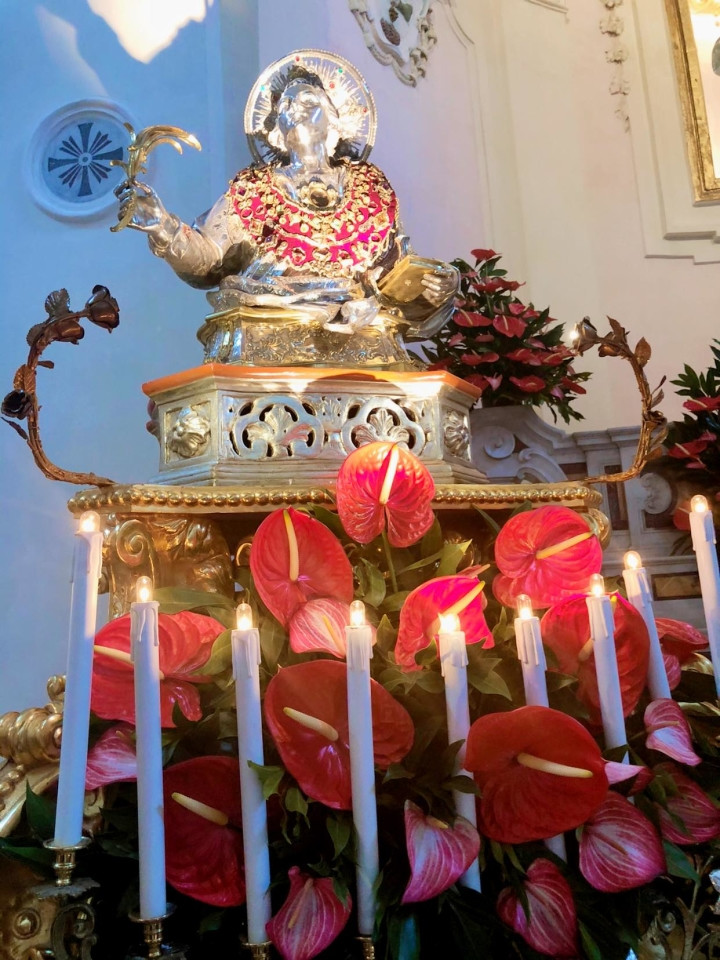 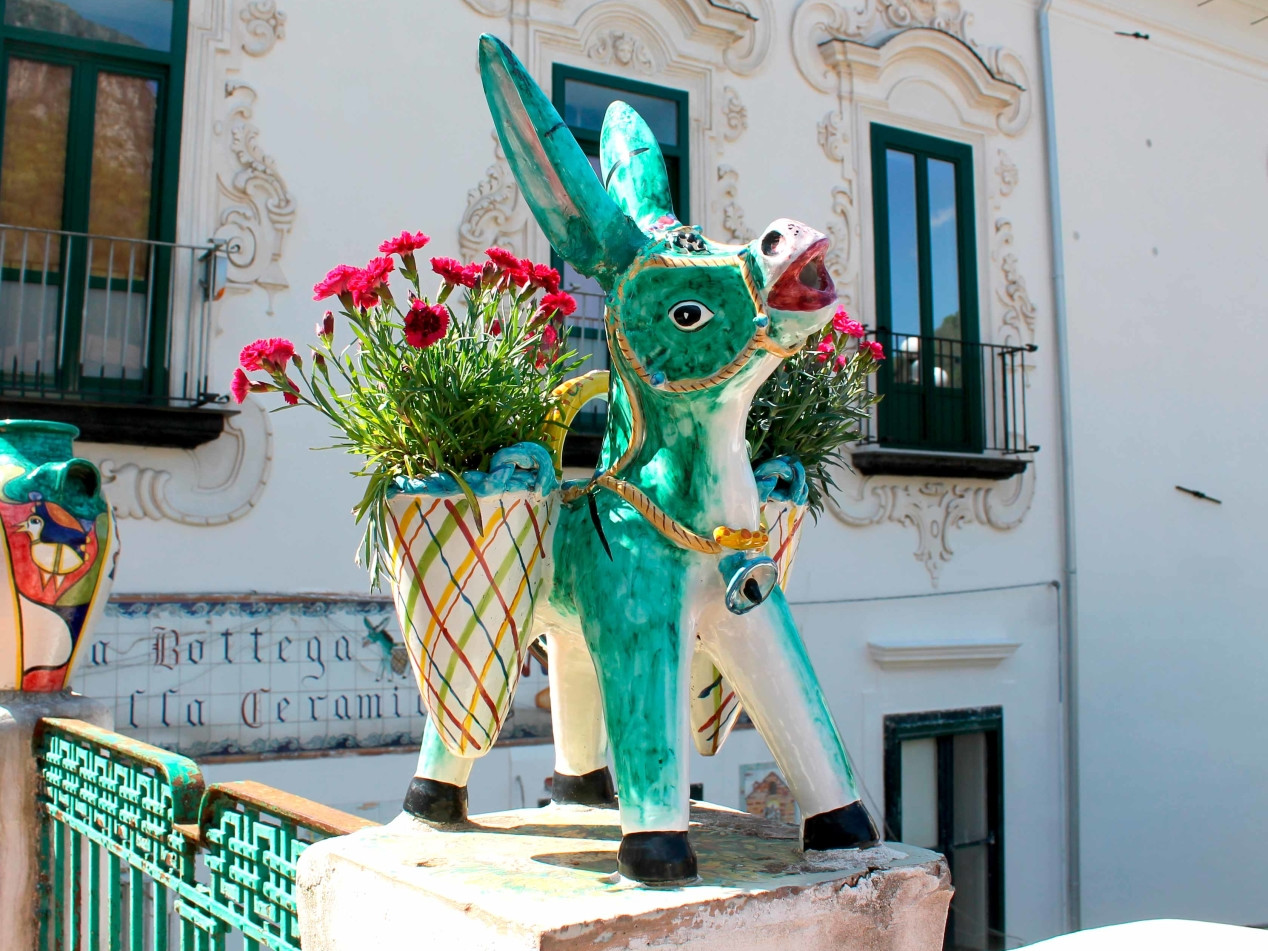 If you are on the Amalfi Coast for a few days, you can’t leave without visiting Vietri sul Mare, the capital of ceramics. The historic centre is a magical place where the pottery plays a starring role. 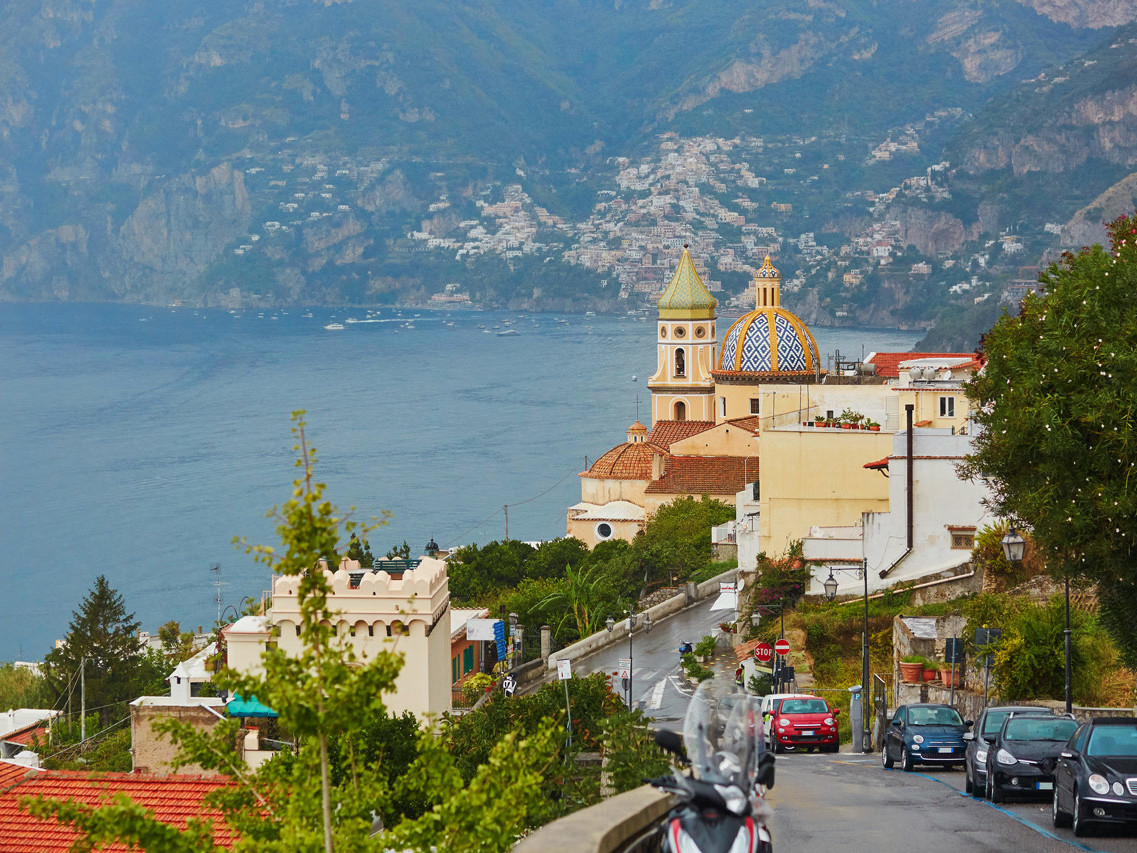 Praiano, the village that surprises

The small town of Praiano is located in the heart of the Amalfi Coast, not far from the famous and popular Positano. Even though it is less known than other towns, it will hold pleasant surprises. 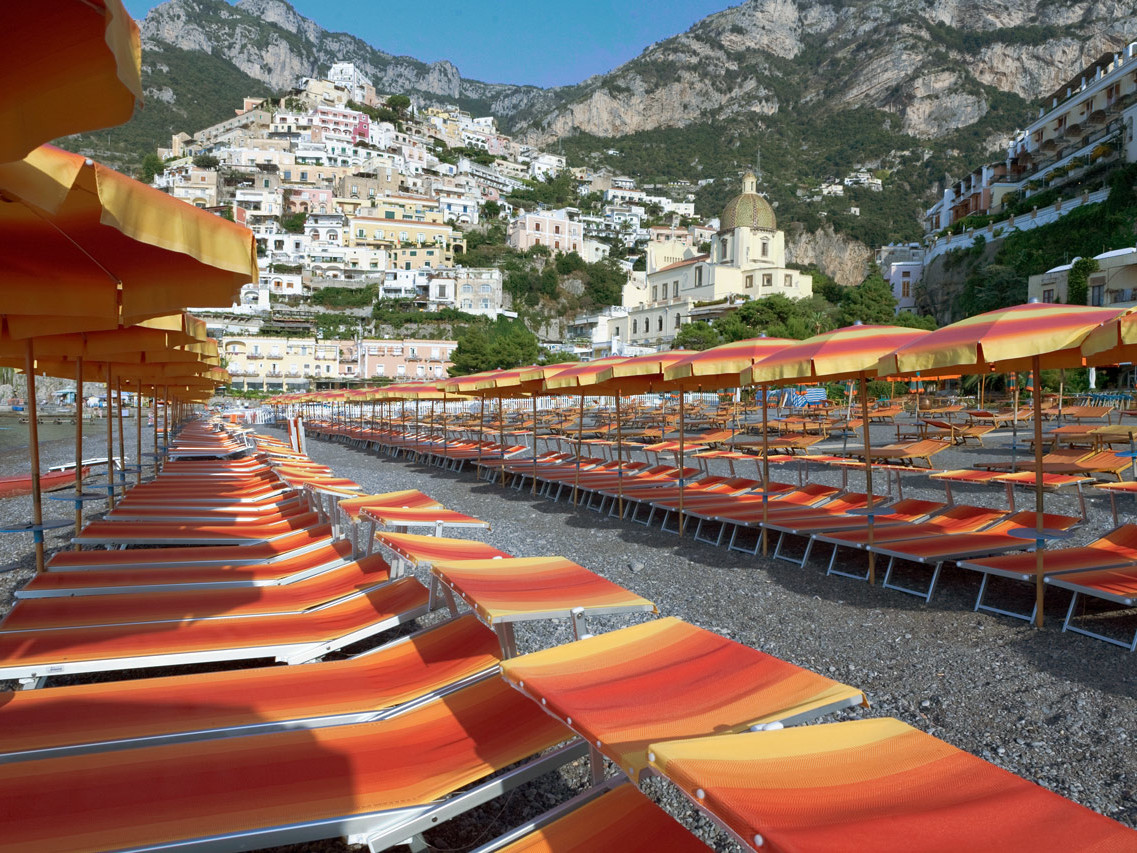 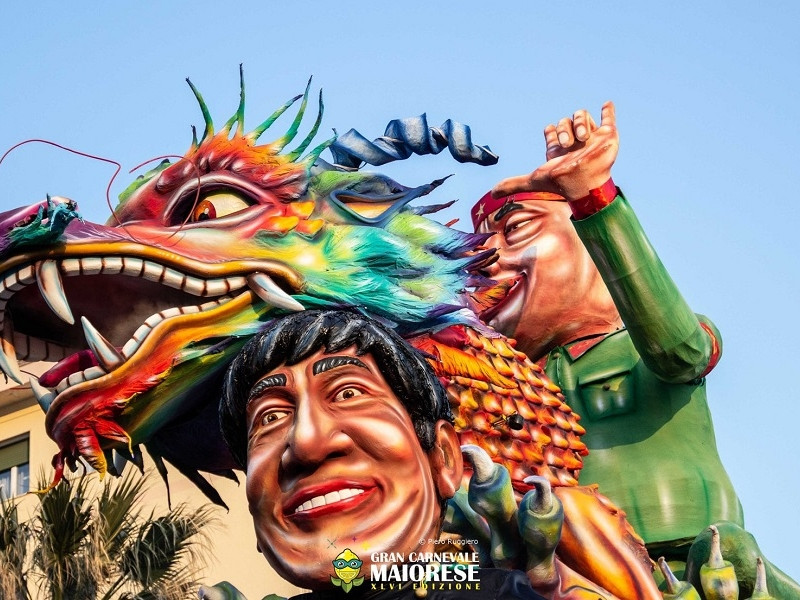 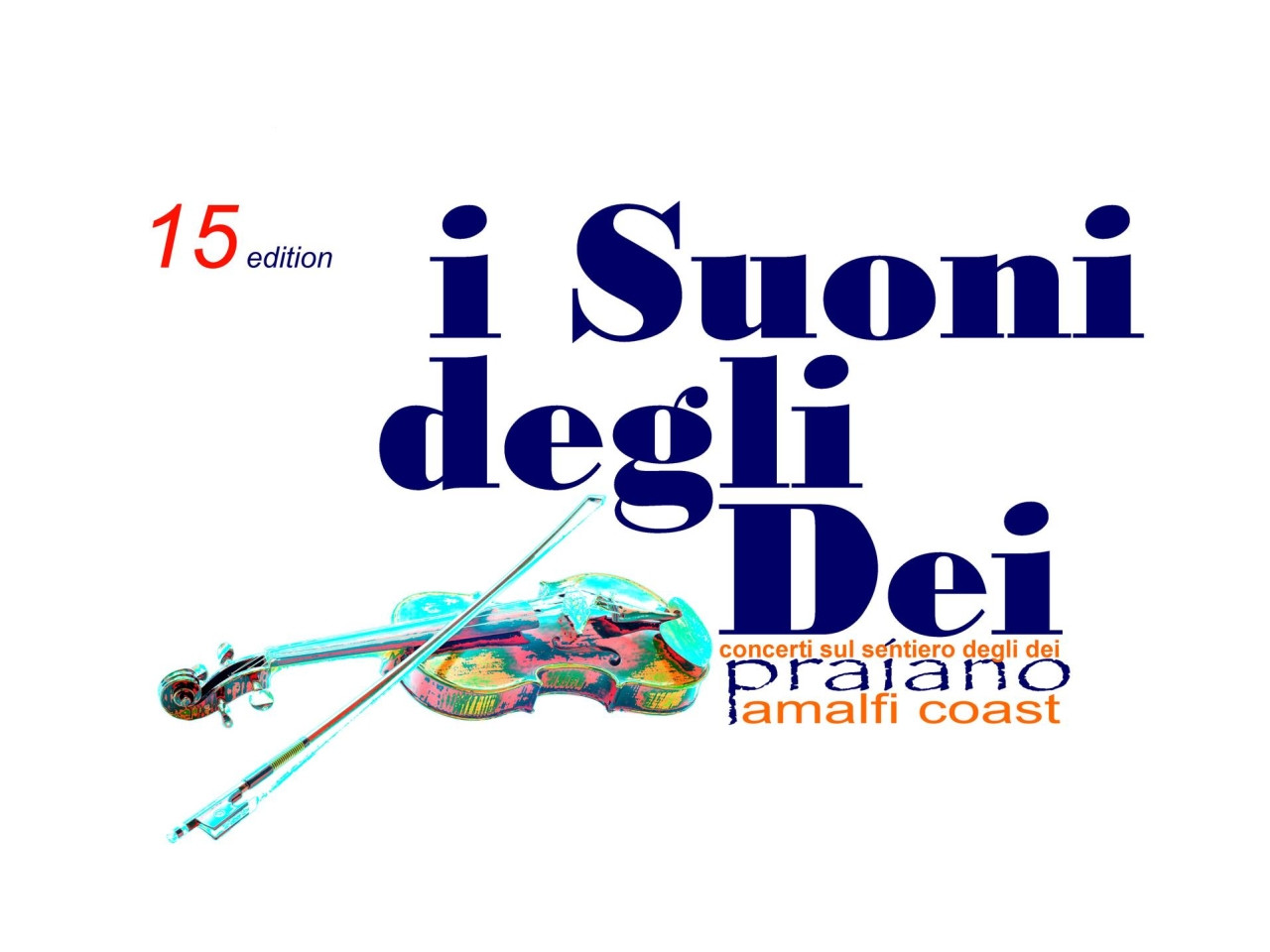 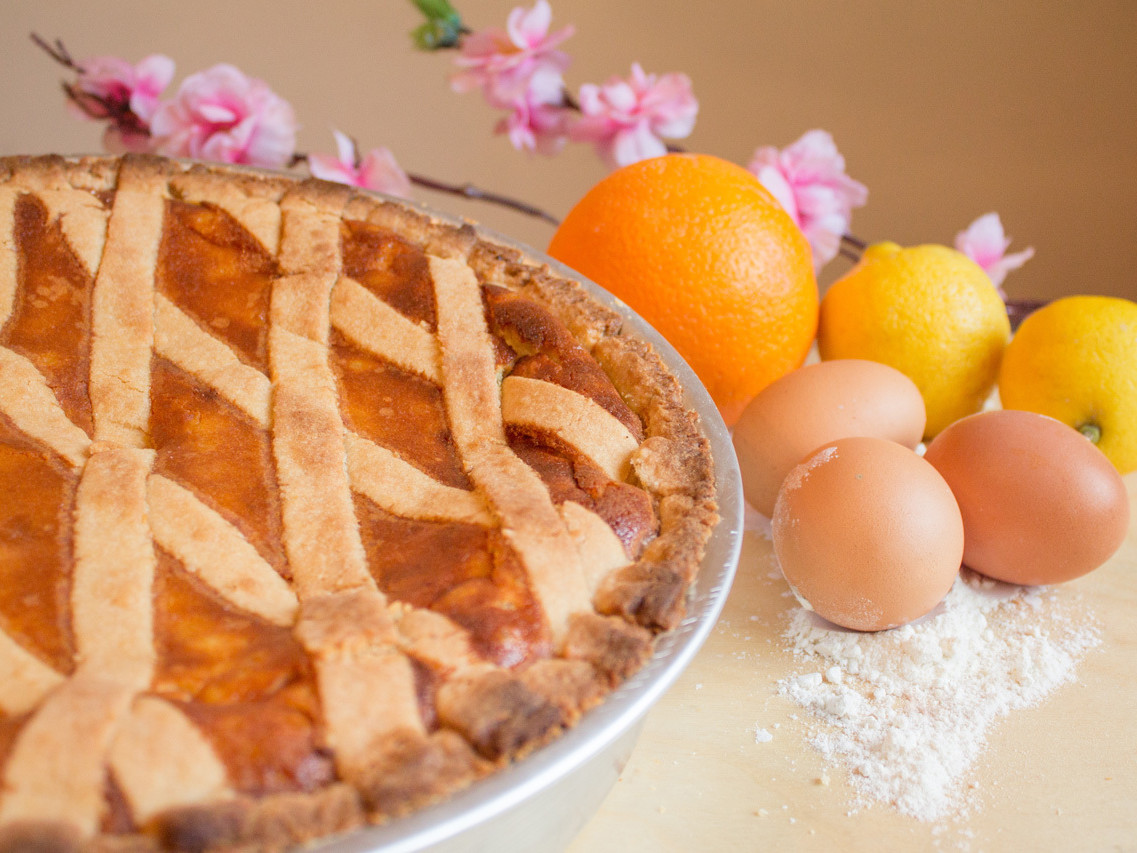